I tried loving all the men in my life,

Fathers face was like the map of Nigeria, rugged and cracked with many distinctive contractions that reminded one of earthquake. He always came back from work looking tired and had saggy eyes, he was the first to leave and was the last to come back home as long as he was alive.

Father worked in a bottling company whose salary could not feed a house of eight. Father had six children and he loved us, he just wasn’t around to tell us he did, sometimes when he came home I would try and sit on his lap like my neighbors daughter did whenever she played with her father. Father would mouth a ‘how are you’ and would throw me up a little but that was the end of our play and I learnt that was the only way he could, in his little way love me whenever he was around.

Papa was age fifty six when he died; I think he was too young to.

My brothers reminded me of small clans and tribal wars, mother was the UN trying to maintain peace between them.

When I was twelve years old I tried loving my brothers, I tried loving them the way I could, because too many things were expected from them. The first two had to cater for the family, the second two were rebellious and were always getting into trouble, the fifth one was my playmate but also my defender in school, he was not only my brother he was my best friend.

At nights he would read me books and had a distinctive way of telling stories to me that would make me happy and cry, he was the only man I ever saw cry maybe cause we were young. Our first brother got married early and left the house, he tried sending mother money when he could, he soon bought a car and his wife had an accent that seemed like she was talking through her nose, too many at times she reminded me of the embassy , about the faked accent announcers and faked British accent  air hostesses in Enugu airport, sometimes my brother reminded me of travelers that never came back home from there voyage, sometimes when his wife talked to him he was in another world and would tell me to prepare pounded yam. Mother said she wasn’t feeding him well, I agree.

My two other brothers reminded me of harmattan, cold and bristle, sometimes leaving their scars on our heart, they always got into fighting and ended up most nights in cells. Mother grew tired of talking and the elder brothers talked but soon began to dissolve from our lives, my brothers sometimes reminded me of caged dogs finding freedom, the things they did. But they were days they were sober like the world was on them and they would take a new leaf and they would become taciturn in manner refusing to scold us when we disturbed them. Once they started working the country began to show on their faces like father, cracked mixed with a detachment towards us. I soon began to understand detachment as a feeling of disappointment.they were slowly becoming like father. Sometimes they would complain about how money finished before the end of the month, sometimes I feared it was the same circle of father, I wanted to hug them, sometimes I swore I saw them cry at nights but then also at those nights I smelt the puff of cigarette wavering around their doors.

This was when I was eighteen,

Am in love with a man who has wars in his body, he carries himself like the world found a home on his shoulders and he doesn’t want to take them off.

Sometimes in his small room that seem to shield us from himself, we would make love and the world on top his shoulder would drop and be ok, those were the times he would slip a music from his lips, music from the likes of brymo, asa, waje and simi, he was Igbo and I was Yoruba and the taste of his music was melancholy for my soul, these were the days I had him to myself, when he was with me not just physically. But they were days that had me sober, days were I lost him and it felt like I was with father once again. These were the days he talked about the nuisance of the government, days when he talked about Biafra and a land for free biafrans, he would talk about python dance and how it felt like the dream was coming to reality, that Biafra is something that wouldn’t die, these were days when he made love to me but my breast wasn’t enough to fill his tongue nor dreams. These were days I never had him to myself but the world of Africa did. But these were the days I loved him more. The days when I bought  asa’s newest album and gave it to him, when I willingly came to him and made love like it was his last days, days I would cradle his head on my bosoms and whisper his name back to life.

My lover was a writer that wrote stories, he wrote stories; war stories, maybe cause he needed to tell the world what he was carrying, sometimes at nights I prayed I could somehow heal him,

I couldn’t do anything
I picked up a pen and wrote stories, love stories which at the very least had happy endings,
This was the only way how
Possibly
I could love him
Love the men in my life. 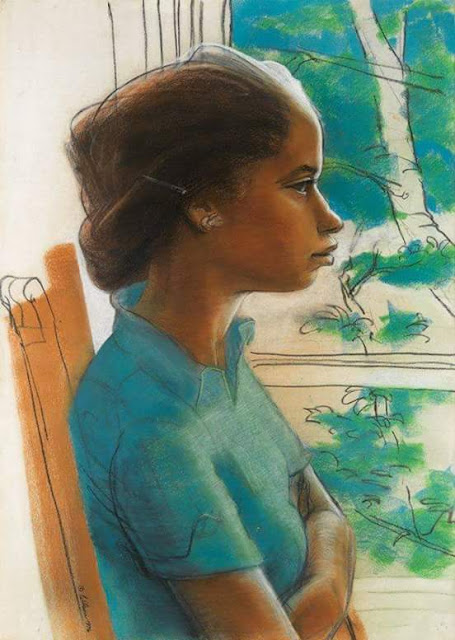