This Future by Darlington Anuonye

And in those years after the Aburi Accord was signed I became a stranger in this world. When the Head of State said he couldn’t understand the language of the Queen and her people, we were certain that hell had relocated to our backyard. The bearded colonel raised a placard that read, “In Aburi Accord We Stand.” And then, just then, we all headed for the cemetery road.

Bube: (quivering with haste, he glances at his watch) O, Papa, can’t we leave this story till evening? I’ve to rush along if I must meet Zuckerberg face to face and welcome him to Naija.

Me: (virtually surprised) No. You must be patient. Hear these words; they are spirit and life.

Bube: (resignedly) Ok … but only three hundred words. Is it a deal?

Me: (scrambling up) Three hundred what? Listen, three words are never enough chisel to carve the mask that became our history.

The cracked faces of the soldiers as they jabbed and stabbed the things that made us human, and the refugee camp with its stench of nothingness and cloud of hopelessness injected into us a disease that kept on slaying us long after the floodlights were out. Red Cross and Caritas knew the greatest war we were fighting: the struggle to pacify the deity living in our stomach, so they sent us bread and a promise of butter.

Bube: (feigning excitement) Beautiful! But I must leave now. Zuckerberg has bought WhatsApp. My generation is truly lucky. Today I shall witness a Facebook wedding. The couple already has one million likes. This is enthralling.

Four decades had come and gone. The world was still. But suddenly, very suddenly the radio began to speak from London. It vomited words and things buried in intentional forgetfulness. It shouted until it was impossible to pretend there was no 1966 to 1970. But as you already know, the voice had been jailed.

Bube: (meanly) Sorry. I must go now. We live in a different world.

Me: (frozen) There’s a future we don’t know.

Anuonye Darlington Chibueze, a resident poet at the Ibadan Poetry Foundation, is a Nigerian writer, fully aware of his humanness and the wholeness of the other person, and these are the values he dauntlessly expresses when writing his fictions. 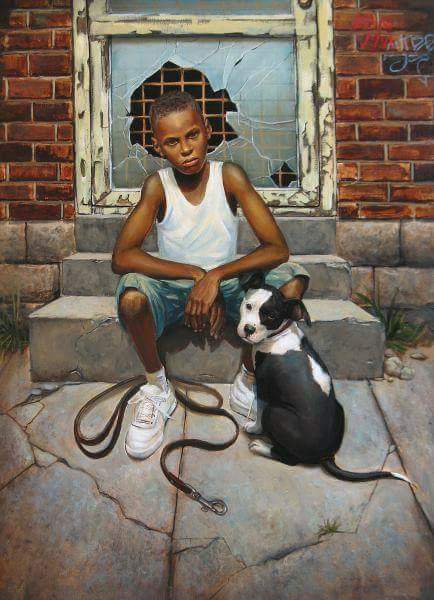