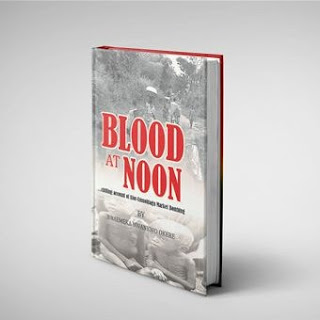 The Nigerian/Biafran war of 1967-1970, is a discourse that is yet to fade from the lips of our national consciousness, and over the recent past, new writers have continued to engage in the open ended analysis of the war from its first hand witnesses, most of whom were either onlookers or actors  in the war. Hence, one could forgive the bitter sentiments expressed in these works. However, the new writers, obviously, new comers from behind the battlefield, have refused to shy away or let go. They believe that there are untreated aspects of the war’s history, hence, the need to probe deeper to excavate untold stories, and to remember unremembered casualties, in a bid to achieve a concrete and complete healing process.
Prior to the publication of outstanding war novels by post war novelists like Chimamanda Adichie, Uzodimma Iweala etc, Eddie Iroh, the author of many Biafra war stories, including Siren at Night and 48 Guns for the General, was quoted to have said that the story of the Biafra war would best be told by oncoming generations. In aligning with Eddie Iroh, Ernest Emenyonu argues that “the great Nigerian war novel is yet to be written.” However, upon the publication of Half of a Yellow Sun in 2005 by Chimamanda Adichie, another Nigerian critic, Ezechi Onyeriownu, in his study of the novel posits that “from very many indications and in very many senses. (Ernest) Emenyonu’s wait for ‘the great Nigerian war novel’ may have come to an end.
It is therefore heartwarming that Adichie is not alone in the patronage of looking back in order to look forward. This is exactly what Nnaemeka Nwankwo Okere has done in his new book: Blood at Noon- a chilling account of Afo-Umuohiagu market bombing on February 7, 1969. By so doing, Nnaemeka has glanced back in the passage of time to give prominence to this forgotten lot whose gruesome massacre is yet to receive any serious attention in the Biafra war polemics. Only a few writers have mentioned it briefly, but they too are casualties of that unjust genocide and as such deserve serious attention.
The Afo-Umuohiagu bombing is one of the most bizarre and unnerving occurrence of that war. Chinua Achebe captures it in There was a Country thus: “in February alone, nearly eight hundred civilians were unjustly massacred, targeted by Nigerian air force strikes on open markets near Owerri-Umuohiagu and Ozu-Abam”. Professor Chika Anyasodo narrates his experience of the bombing to Emefiena Ezeani who documented it in his seminal book- In Biafra Africa Died thus:
There was this amorphous Nigerian bomber aircraft with a white pilot which comfortably flew very low on Afo-Umuohiagu market; that was in 1969. In this raid, more than 3,000 lives were destroyed about 90 per cent of them were women who went to market to find some food for their children… I supervised the mass burial of the victims of this heavy bombardment as Captain Commanding of Engineering Squadron. I gave the order that the caterpillar assigned to erect obstacles along Aba-Owerri road be used to bury these dead bodies. The sight was too awful for words. (135)
Regaled by this fact, Nnaemeka Okere takes an innovative step to bring to our full comprehension and appreciation, the full details of the bombing by interviewing a handful of the survivors of that fateful incident, some of whom have been living with the unhealed scars and injuries. One of the interviewed, Mr Uchenna Odogwu, gives a harrowing account of the experience:
The plane hovered low, circling the perimeter of the market square. The pilots could be seen laughing as though it was an air show from which they derived immense pleasure. Most of the people were caught in a stampede, a few stood around to wave, wondering at the skills of the white pilots diving and maneuvering with dexterity. Suddenly, they opened their cargo bay and the bombs started falling, coming down like eggs dropped from planet hell. (14-15)
Mr Uchenna goes further to narrate to the author that:
Every inch of the market became a battle ground with canon fire and rocket explosions. For nearly one hour, Afo-Umuohiagu was strafed, burnt and mangled. Bodies and body parts littered the entire square, most of them buried in deep bomb crates and trenches… when the tears subsided… over 1,200 people lay entombed in Afo-Umuohiagu market, one of Biafra’s many Ground Zeroes. (15)
Mr Uchenna explains that:
Though the gorges swallowed the bulk of the smoke, there were enough toxic fumes to go round. The attendant stench and dust lingered on for weeks and months. The reek in the air did not diminish even after the first rains… The choking smell of death was so gross that even the vultures stayed away. (15)
It takes a lot of artistic courage to elect to write on such subject matter as this, same for which Achebe extolled Adichie. But this is quintessential Nnaemeka, bound to Umuohiagu community by blood; a son must dare to find out what caused his father’s death, for it is only a fool that points at his father’s homestead with his left hand. Nnaemeka’s account is a plus for history which the unrepentant culprits of our collective emasculation are trying so hard to abolish. With Blood at Noon, Nnaemeka Okere has paid homage to the spirit of the slain women, children and men who were victims of that wickedness that shocks even Satan.
It is interesting to note that since 1999, new Nigerian writers have been casting a backward glance to find out how and why the Nigerian nation squandered the hopes of independence. Nnaemeka Nwankwo Okere belongs to that tradition, for Blood at Noon is a glance on the forehead of a bloody memory.
Johnpaul writes from Ibadan.
Share this article:
Share on facebook
Share on twitter
Share on telegram
Share on whatsapp