When The Sky is Ready, The Stars Will Appear by E.C Osondu: A Review 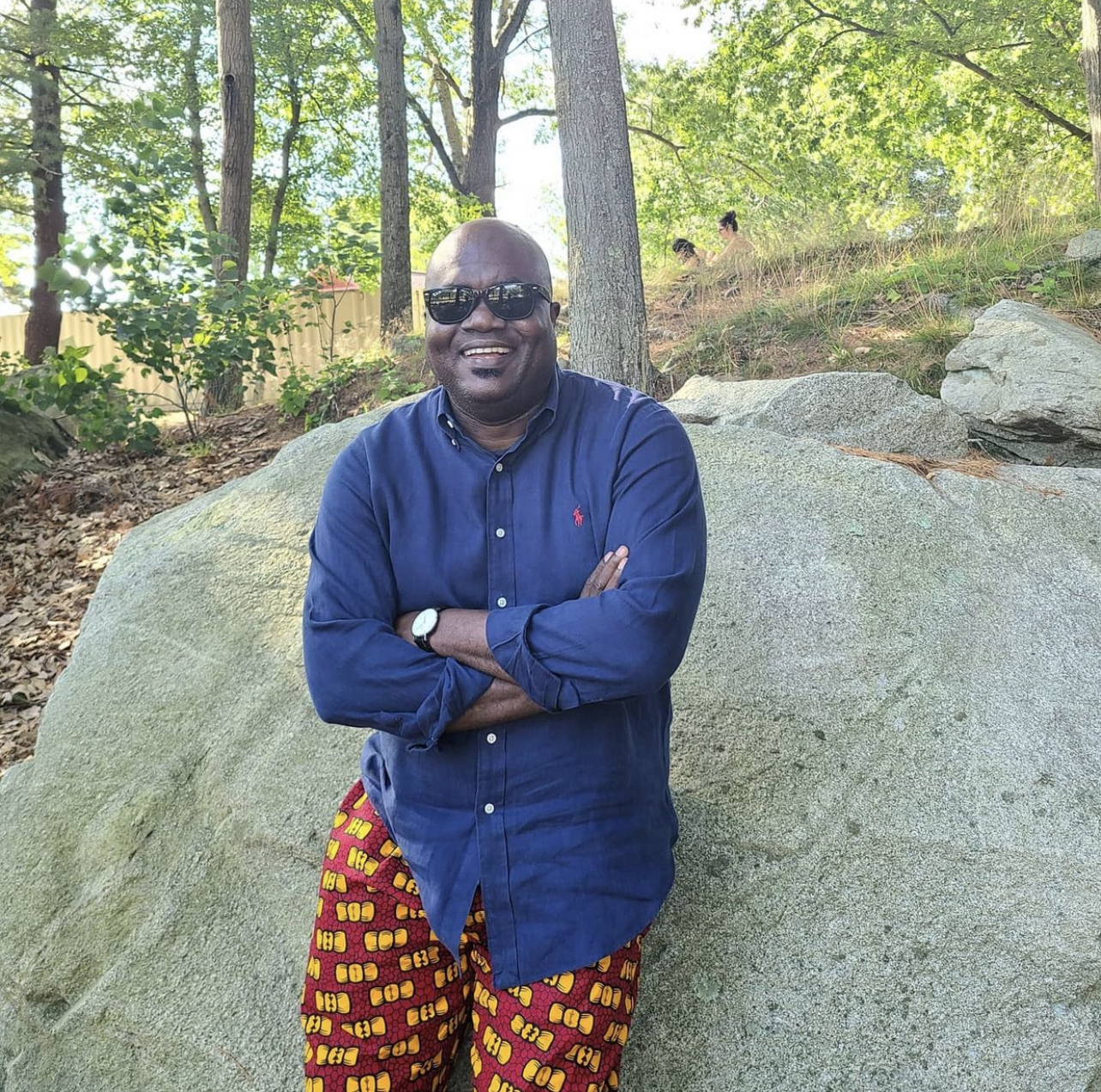 My growing fondness for E.C Osondu’s writing was sparked from reading his widely-acclaimed Caine-Prize winning short story, “Waiting” (originally published on Guernica magazine). A deeply touching story about the lives of a group of war-displaced boys who, lodged in a refugee camp, wait for a photographer—who takes pictures of them which would later be sent to child-needing foreign families abroad to make selections—and are forced to survive under harsh conditions. I was at once taken by the tender way in which Osondu pulled me into the depths of the story. Here was a writer whose voice took the tone of a child, softly tugging at my arm and saying look, look what’s happening here.

“Some of the writings were prayers in the holy language of the writer, perhaps cutting a deal with the Creator, asking for pardon for past transgressions and hoping that the journey was smooth and successful.”

“When The Sky Is Ready The Stars Will Appear” is really a story about a journey. The ambition of the unnamed narrator is jolted awake when Bros, a mysterious drifter, returns from Rome to his home town, Gulu Station, with enough gifts and wealth to (even) refurbish his father’s house and animate the air in Gulu Station. By delivering Bros’s Love notes to his Love interest, Miss Koi Koi, a class teacher, he inevitably gets acquainted with Bros. Few days before his departure to Rome, Bros gifts him a map with which he could use to illegally navigate his way to Rome, promising to give him a warm welcome whenever he arrives. Excited about the whole prospect of travelling to Rome and returning to Gulu Station with just as much wealth as Bros’s,  he tells his mother, Nene, about it.

“It is good that you want to make me happy but I am already happy as I want to be. Too much happiness kills; I need just enough happiness to carry me from one day to the next…”

Nene is, without doubt, one of my favorite characters. Though visually impaired, she sees ahead of the seemingly promising moment and  isn’t carried away by the desperation of her son—whom she took in after the passing of his biological parents— insisting, rather, to wait for his Sky to be ready for its moon. Her voice is so resonant that it transcends her lifetime—as she later passes on—and would go on to echo in the narrator’s ears during the subsequent pivotal moments of his life.

This notion of faith— in one’s fated breakthrough moment—already seeded in the mind of the narrator by Nene, begins to grow and eventually flowers into an unmistakable clarity when two soldiers from the self-acclaimed “Seven Men Army” invade Gulu Station. With insubstantial revolutionary talks, they try convincing them to join the army, eventually resolving into an agreement with the Elders to come back for an answer in a week’s time. Afterwards the elders call the young men together and ask them to take off that night. It is here the journey begins for the narrator. It is here the moon makes its fateful appearance on his sky.

There is richness and beauty to glean from the lives & backstories of the migrant characters in this pretty slim novel. A whole chapter is dedicated to each of the migrant characters’ rationale for making this journey away from home. There’s Abdul, traveling to Europe with the sole desire to make enough wealth and fortune to wrench himself free from his master’s hold, and to finally win the attention and respect of his love interest, Halima. There’s the ill-fated Anyi who, deeply engrossed in his dream of becoming a world-class footballer, “planned to play his way from country to country, dribbling past each city until he reached his goal—Europe.” There’s Ayira, the only girl in this group, whose father was in debt to Hakimi, the village head; reassuring him, her father, that she would go on this journey and return with more than enough to pay Hakimi. There’s Zaaid, running from a war. All of these characters, irrespective of their backgrounds, are bound by conditions that suggested, very clearly, it was time to move away from home, into the larger world, and discover for themselves an essential part of their freedom.

In “When The Sky Is Ready The Stars Will Appear”, home is shown as a springboard from which these migrant characters, pushed to the verge by enough tension from familial and societal crisis, make hopeful leaps into a world that is no better. However this is, primarily, the story of the narrator who, allured by Bros’s affluence, is determined to take the same route Bros took to arrive at his present state of great wealth. Admittedly, even by Osondu himself, this is a metaphor for Africa and the influence of colonialism on its people. In pre-colonial times, we were all living simple and uncomplicated lives, contented with our resources and cultures until the intrusion & exposure from the West. This brings to mind, “The Fishermen” by Chigozie Obioma, another novel with similar ambitions that tells the story of four close-knit brothers whose bond is severed by the prophecy of a madman.  In “When The Sky Is Ready The Stars Will Appear” Osondu revisits, like Chigozie Obioma, this history of external forces  intruding on Africa’s socio-cultural freedoms, turning us away from our realities and showing us a different reality that is not native to us. The Novel is segmented into short chapters—with some relatively lengthier— that make for a smooth and swift read. It is garnished with elements of oral African Storytelling; there were lots of proverbs that enriched my reading experience. There’s a moment, on the makeshift boat to Rome, when the narrator bursts into this popular elementary school song about homeland—oh you would love it; I felt sympathy for the narrator who, so easily, was beginning to miss home. This is the perfect moment where Osondu, through the introduction of this wistful song, reminds us of how inseparable we are from home. That no matter how distanced we are/choose to be from homeland, we carry home within us. It is this treasure we carry about like a second heart, so that to live is to be constantly aware of its pulse—all the love it pumps into our veins. Osondu has such a wonderful sense of humor and recognizes the hypnotic effect of the oral African Storytelling technique which he utilizes in this novel, immersing you into the consciousness of the events.

But also, and of great importance, this is a story about the beautiful future we nurse in our imagination, its (sometimes) cruel alter ego in reality, and everything that happens—the friends gained, the loved ones left behind—in our quest to arrive at a place of fulfillment.

“We were hopeful. If you did not travel with hope, then you have journeyed in vain.”

The migrants, having finally crossed the sea, are shocked and changed by the irony of life on the other side. Where they thought they would receive a warm welcome, there’s the perfunctory gesture of people who “simply had a duty to perform.” Where they thought the distant lights of the city were calling them to draw closer, there was, in truth, the looming darkness of refusal.

“They looked at us the way one looked at an animal caught in a trap—the animal was still alive, but for how long?”

With the trademarked tender voice alive in all of his stories, and a delicate prose texturized with gentle wit, E.C Osondu gifts us a timeless migration tale that dares to stray a little from the conventional tales of Africans who, travelling abroad for greener pastures, are slapped with a different reality. The novel attempts, in a way, to refocus the lens of society, away from the cliché misfortune of arriving in a strange land, zooming in on a more profound subject running beneath the story like an undercurrent— “how much farther are we willing to go to achieve our dreams?”

“ They were walking with a purpose. I too began to do as the people of Rome were doing. I began to walk.”

My profound gratitude goes to Black Boy Review for this double-faced privilege: to get to review at least one of the books I acquired from the inaugural book grant.

David Omodero is one of the recipients of the 2021 Black Boy Review Book Grant.

PrevThe Last Thing I Wanted To Do After Spending Hours in Traffic Was Write Poetry. -Ifeanyi Ogbo
Next32 Emerging African Writers to Know in 2022
Prev
Next
you may also like