Chimamanda Adichie’s Creative Writing Workshop: What should propel a writer to apply is the community the workshop creates. – Bura-Bari Nwilo 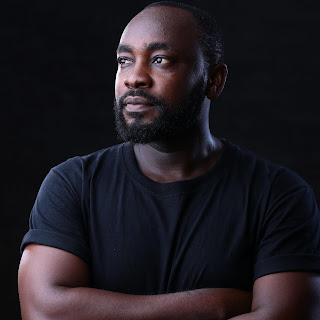 What was it like having to be taught by the amazing Chimamanda Ngozi Adichie? Was it your first time of applying ?
It was not my first time of applying. In short, it was my fourth or fifth. I had followed the workshop from inception and there were the years I was close to attending. Either I had classmates or close friends who were invited and I wasn’t and it was painful. And at some point, I gave up. I thought someone somewhere had blacklisted me. You know how writers and the community could be petty over disagreements. But somehow, I kept at it. I had moments when some younger people would send me their entries for advice and truly, I had no idea what CNA looked out for but they made it to the workshops. I, on the other hand, the one who previewed their works, stayed home.
One time, a female classmate of mine whose writings I had never read and whose conversations were less appealing on God’s blessed days got in and I just could not imagine what the trick was. I would go through their walls and review all the many thoughts in my head, including tribal sentiments but that was just me enjoying a bolt of paranoia.
I’ve had a crush on Ms. Adichie since I first saw the author’s photo behind the Nigerian edition of Purple Hibiscus. She was too beautiful and creative to not crush on. And sometimes, the crush grew into dislike and back to love and more. It felt quite special having to hear from her and get feedback on some talks. The plan was to meet her and hear her talk about writing and many other things in this world, see her humanity, look into her eyes and share photos. And those were the things I did. It was fun.
What were the highlights of your classes? What major things did you go home with? Do you want to repeat a class like that again ?
I’d pay to have another moment with Ms Adichie. I think she exudes the kind of positivity and brilliance that should be studied. She takes workshop participants seriously. She does this by taking time to read and being generous with opinions on the works. She does a lot of sharing of tips that helped her writings. And how she secures her space, and what comes handy when she needs to create.
Sadly, we had a shorter period with her than those of previous years but the classes were thorough and she related with us with such respect, playfulness and sisterlyness that builds. When we were not reading new stories and sharing perspectives, we were reviewing our own stories, showing highlights of strengths and weaknesses. We could play a game, tease each other, and dream.
To quantify what I went home with would be a huge task. I learned that Ms Adichie manages her space and controls it. I learned that to be a star like her, you have to he human enough, with sensitivity and proper understanding and while sharing opinion, be clear it isn’t to hurt, except where such effect is necessary.
Tell us about other extra activities asides the class and your best moments with Chimamanda Ngozi Adichie ?
Best moments include but not limited to when we shared personal stories, her encouragement, photo sessions and jokes and laughter. I think these things enable a more freer spirit that leads to creation. And one time, she got me a drink.
On her bill, we visited a tourist site in Anambra State. It was beautiful.
What has changed since after the class ? Are you working on new projects ? Let us know what can propel more young people to apply the next time.
Since the workshop, I’ve felt the urge to teach and listen to people tell me their challenges with writing while I assist them. I haven’t entirely created new stories. Maybe I have but the workshop made me to know that I could avail myself as a listening ear to a lot of young writers who may use my support.
I did a synopsis of a story that should make a novel but academic works and gross laziness would not allow me to be great. These days, I think more of survival than creating. But I have written screenplays and a stage play. I will go back to creating more short stories.
Well, what should propel a writer to apply is the community the workshop creates. It could be lonely out there and we could use some community support. And you can’t know it all. Sharing space with people from diverse backgrounds could open up your mind and make you embrace more. On the first day, I met people who came with shield. And on the last day, I saw writers who were tears. The workshop permits you to learn again the things you know but this time it sets a time to those things and make you become responsible for someone.
Everyone should experience it.
Bura-Bari Nwilo is on a postgraduate programme at the department of English and Literary Studies, University of Nigeria, Nsukka. He has short stories to his credit and screenplays. He loves to take photos of whatever fascinates him. He drinks. He laughs. He is addicted to social media and he could be less productive. He was born on 15 September.
Share this article: