What brought you into writing “For Boys Who Went” ?

For Boys Who Went is a collection of poems after my heart, it started by writing individual poems. Then one became two and three and it became a body. But what I was writing initially was poetry, or to put it right, I was writing poems I wanted to include in a collection of poems I wanted out on my birthday. First aim of the collection was to let out a body of works, something I can associate my name with, a representation, something that I can tell my father I did for myself. Though small, it means a lot to me .

What’s The central idea for your title ?

Has there been a good reception for your collection since it came out ?

Well, maybe. I was not satisfied though. I can never be satisfied. But I am glad a couple of (now) friends that I have not met in person called to thank me for the collection. I got a great number of people talking about the book on their social media. I got testimonies from writers I look up to about the book, I enjoyed everything everyone who had a reason to say something about the book said. It assured me that I have not wasted nights converting sleeps to songs.  I have not gotten a negative review on the book yet. So I ask for more receptions. I almost forgot to state that I almost withdrew the book from the publisher because I was afraid of how/if it would be accepted. I am glad I didn’t.

When did you start to write? How was the beginning for you?

The truth is that I do not know when I started writing. I remember that at a time in my senior secondary school, I had this jotter I scribbled random thoughts. I also remember that I wrote what I call a scribble for my friend (a crush) and she didn’t speak to me for almost a year. But in late 2012, I met Rasaq Malik virtually and I got to read his poems online. The truth is that I guided my writing with his. I met Kukogho Samson in 2013, got my first platform through him. I wrote a series of poems.

I must admit that I started writing with very bad grammar and I am glad that For Boys Who Went is a testimony of how I have grown wings. The aim is to become the sky.

The beginning was damn rough, I am still at the beginning, it is now clear. I have a leading. I have a few number of followership, thanks to facebook. It can only get better.

How Has the entire Nigerian Literary Industry accepted your collection ?

Nigeria Literary Industry? The works of young Nigerian writers do not often enter into the mainstream of the “Entire Nigerian Literary Industry” except the writer is either won a certain “big” literary award or the writer has a father leading him/her through. And to be truthful, as much as you may doubt it, e-books are often not appreciated although they are evenly distributed. Judicious use of my social media is a plus for me because I consciously build a certain poetry readership, a number of those who wouldn’t pass my works and rants without reading. The Nigerian Literary Industry is the kind that does not want to evolve, the kind that drags the ever-unfulfilled sentence, “youths own tomorrow,” to question and still does not start change from the inside. Enough said, I believe that there is growth working its way through the industry and I know this will affect the acceptance of not just my works but the works of the very creative Nigerian youths.

How did you get a publisher ?

Getting a publisher wasn’t a great deal. I had a list of publishers I wanted to work with and I consulted them, a few accepted but the time was not fitting into my plans. I had a mother–child talk with Laura Kaminski who also supported the project with kind words and prayers. I contacted Kukogho Iruesiri Samson, who eventually sponsored the publishing process all by himself. I thank God for the gift of people: DM Aderibigbe, Romeo Oriogun,  Chibuihe Obi, Funso Oris, James Ademuyiwa, Ayomide Festus, to mention a few, were available to break nights for me.

What’s your take on the current Nigerian mishappennings ?

The Nigeria of 1970 is not different from the Nigeria today. The difference is how new events happen to buttress that this place was not set right on or before independence. History showed us how these events made their way, how there was pogrom in the north, how the civil war came and went, how hunger beat the belly of the common man. Nothing is different here, the same set of leaders rotate the spaces that are vacant, whether it’s a new form of government or not, we will not get newer answers until these people leave for us. Home now seems so scary. Like there is a graffiti on every wall in this place we call a county that says that, “Don’t come here. It’s a death trap.”

How do you see the Nigerian Literary Industry in ten years to come ?

The industry is ever growing. We can’t but hope for better days.

Who would you call your best poets and writers ?

Apart from Writing, what else do you call art ?

Photography. Music. I am touched by these three things.

Does your collection tell anything about abuse ? and boys who are molested ?

Yes, it does but molestation was not the central idea of the body of work, but there were few of the poems that talked about acceptance, like sea girl and one that nailed molestation/ abuse of the boychild in the head was Not Survivors. “Body” which was written in respect of Romeo Oriogun and “Lifehouse,” which was written for Ehizogie when he was sick were two poems that carried the weight of being a boy, then a poet. I do not mean to start naming boundaries with the works. Convent Secret was about lesbianism, and abuse and about taking advantage of tender innocence. For boys who went and never returned considered Absence, what home becomes when we leave or when the leave us, so is Sea Men.

I write around loss and gains and dreams and memories and loots and absence and presence and of course abuse and other themes.

(Author  portrait and book covers provided by the author) 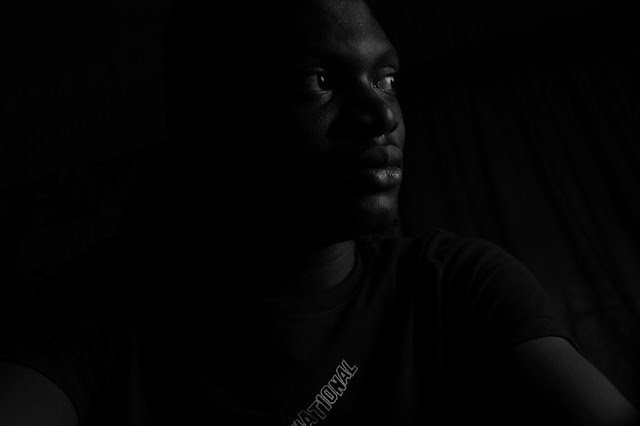 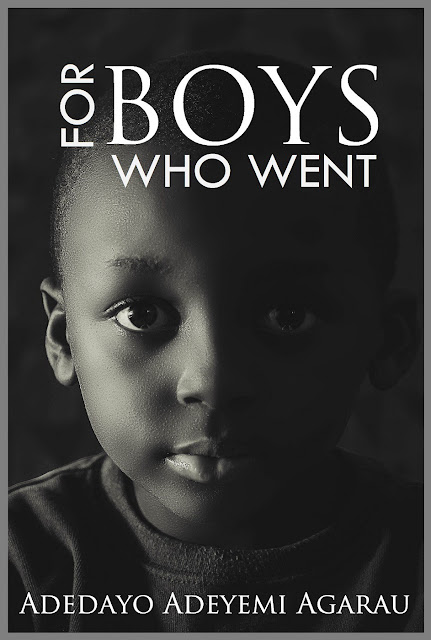 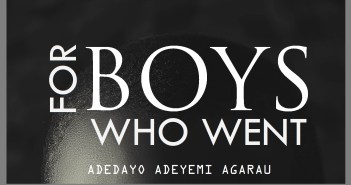