It Took Me Nine Years to Write The Madhouse -TJ Benson 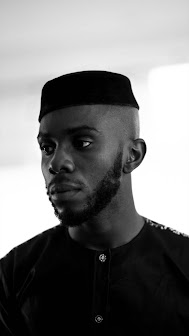 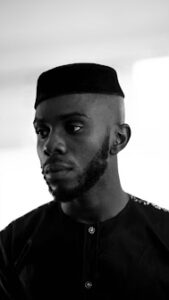 He was the first runner up for the 2016 Short Story Day Africa Prize themed ‘Migration’ and a two time writer-in-residence at the Ebedi Writers Residency Nigeria. His collection of short stories titled ‘We Won’t Fade Into Darkness’ was shortlisted for the Saraba Manuscript Prize in 2016 before being published by Parresia House in September 2018 and has appeared on many best debut lists. ‘The Madhouse’ is his second book.

He tweets @tjbenson_ and you can follow his work on tj-benson.com.

What were the motivations for the thematic structures you explored in MADHOUSE?

I was very interested in intimacy; intimacy between lovers, between brothers, between parents and children, between a family and a neighborhood and so on. I was also interested in time, how time functions in a life, especially in the lives of Nigerians born between the late 80s and early 90s.

Are there personal connections and experiences that contributed to the writing of MADHOUSE?

The entire book was personal because it had to pass through me. I had never been to any of the places mentioned in the book while writing it so I had to work with my imagination. I recently learned there is actually a Freetown Street in Kaduna where most of the book happens, and this gives me so much joy.

How would you define your writing process for MADHOUSE. How long did it take in all? Which year did you start?

It took me nine years to complete the book, I spent the last year reorganizing the paragraphs into their sections in a way that would flow throughout the book. I started writing it in NECO exam as a short story, and after the exam the plot simply didn’t leave me.

What was the cliché difficulty in finding a publisher?

I mean most agents and publishers were reluctant because of the non-linear storytelling technique but I didn’t have to search for long because Penguin Random House SA picked it up and Masobe publishers in Nigeria followed suit.

What has been the reception for MADHOUSE so far?

It has been pleasing to me to see people recognize some supernatural aspects of their growing up in Nigeria in the book. I get one hour, two hour calls. Wonder and intimacy were my key focus points while writing the book and it has been a delight to get people feeling these things.

Where and when is your best place to write?

A desk and table is the best place to write but I have had to write in moving vehicles or on my bed so I could catch a sentence. Mornings used to be my ideal time to write but these days I write at all times of the day, depending on my health and discipline level.

I always am. I have another novel coming out sometime next year from Masobe books called ‘People Live Here’.

What happens around your life when you are not writing?

I am making my visual art, drawing jewelry or teaching a writing workshop.

The literary scene in Nigeria, what have been your concerns or observations?

My concern is how the blooming literary industry will cope with the pandemic. I also wonder if the government would ever get involved in the funding and support of literary programs in the country. 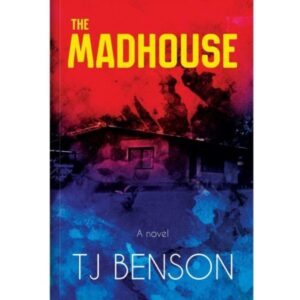 TJ BENSON’s new book can be ordered by using this link: https://masobebooks.com/books/the-madhouse/

PrevHomecoming: A Stage Play in Nsukka
NextIn-Transit Convos: Tonia Nneji & Her Book Life
Prev
Next
you may also like